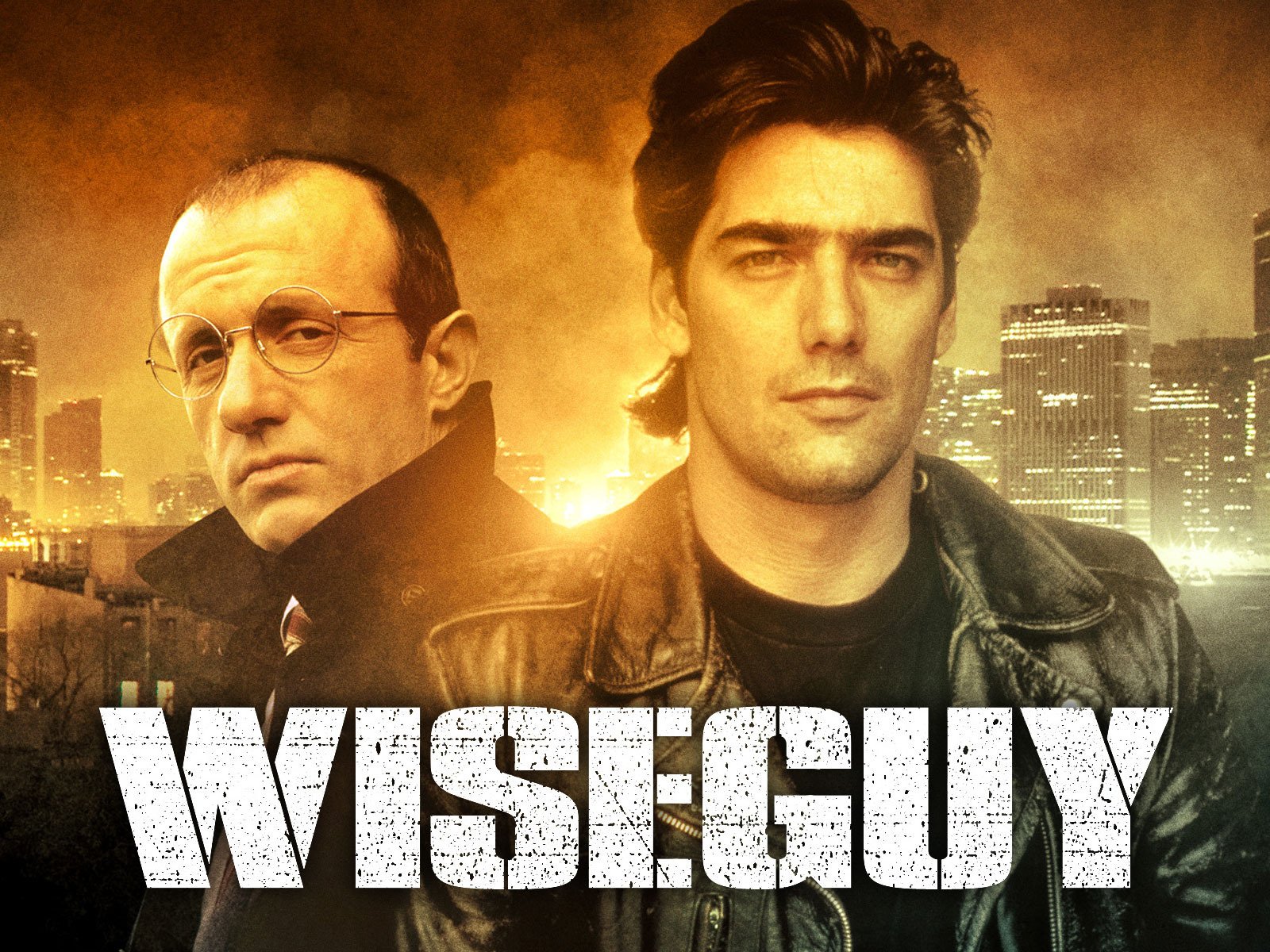 In 1988 or 89, Mitch Kosterman drove into Vancouver from his home in the suburbs, not at all sure what was about to transpire. He had been told to look for a sign that said “Crew Park” on Seymour Street and he would be directed to where he should park his car. He had also been told the TV show he was going to be acting in was shooting in the beautifully-old Orpheum Theatre. He had the windows down, trying not to sweat.  The car did not have air conditioning.

This was all new to Mitch. He had been taking acting lessons, had done some extra work (aka “background work”), was a stand-in a couple of times and he had done a few non-speaking parts, mostly in commercials. But this was a whole new game.

Mitch had auditioned successfully for a recurring role in the award winning hit TV show “Wiseguy” starring Ken Wahl, Jonathan Banks and Vancouver musician Jim Byrnes. Stephen Cannell’s Wiseguy featured highly acclaimed performances by the regular cast as well as the villains, among whom were Jerry Lewis, Ray Sharkey and Kevin Spacey.  The show launched Spacey’s career and nicely capped off that of Jerry Lewis.

The new bad guy for the next few episodes would be creative legend Tim Curry and Mitch would be his trusty side-kick.  Mitch was hired mostly because he was big and muscular and could kick above his head. Also, because production had grown quickly under the guiding hand of Stephen Cannell, there were few actor/stuntmen in Vancouver who fit the bill.  Not, as you perhaps know, because of his acting ability.

A few days prior to this first night of shooting, Mitch had gone to his first wardrobe fitting; something he had not done before.  He was fitted for a very nice couple of suits. What happened at the fitting created one of Mitch’s favourite anecdotes. It clearly illustrated his skill with language and ability to charm women.

The new arc of the show was about the pop music industry and included such real-life music icons as Tim Curry, Mick Fleetwood, Glen Frey and Debbie Harry. Mitch found his way to the wardrobe fitting.  Cannell Films was, in those days, housed in an old part of town in a previously condemned building on Carrall Street.  For a while it was called Carrall Street Studios.  Then Cannell moved to North Vancouver…. but that is another story.

Mitch was met by a costumer who helped him get the wardrobe worked out.  The room was a series of curtain portioned spaces with clothes racks in them and he could not see into most of them.  He could, however, see shadows and hear voices on the other side of one of his curtains.  Near the end of the fitting, Mitch was checking himself out in the mirror when the curtain pulled back and there stood the Queen of Pop Punk.  Debby Harry always has been a beautiful woman but, for most straight guys Mitch’s age, she was an element of their teen fantasies; a dream.

Debbie smiled and Mitch looked at her.  She said, “Hi, I’m Debbie.  Aren’t you the one I was talking to last night in the Jacuzzi?”.  I am sure most guys could think of a great answer or three that would open the door to conversation and a moment of friendly interaction between a handsome young guy and one of his idols.  What did Mitch do in this moment of grand opportunity?  He said, “No”.  And stood there.  After a pause Debbie’s smile wilted, she shook her head and pulled the curtain closed again.  Smooth.

He had a few more embarrassing moments during that first day.  He was practicing his kicks and split his new suit pants from top to bottom exposing his tighty whiteys.  When Director Bill Corcoran claimed their stuntman was a champion kickboxer, Mitch nearly scoffed but quickly had to change expressions to save face when World Champion Kickboxer Tony Morelli came up, said hello and shook his hand. Mitch realized at that point he was probably doing the right thing keeping his mouth shut.  As his mother had often said, “It is better to be silent and thought a fool than to open your mouth and remove all doubt”.  He practically hid from everyone until it was time to shoot.

Stunt Coordinator John Wardlow rode with Mitch in a van to Davie Street where the scene was supposed to take place.  He got Mitch to show Tony and Bill a few kicks and they planned what to do. It was simple.

Debbie and Glen Frey were walking along the sidewalk, arm in arm, chatting, when Mitch met them head on.  He held his hand up and pushed Glen back then kicked him in the head.  Debbie screamed and yelled, “Oh Bobby, oh Bobby (Glen’s character name)”, Mitch said, “Mr Newquay says ‘hi’” then walked on, then Glen said, “Ow my nose!  I think he broke my nose!”.  And that was it.  First scene done in one take.  It was over so fast and the crew were immediately scrambling to pack everything up, Mitch felt a little let down but he was very glad he did not mess it up.

Back at the Orpheum, they shot a scene where Mitch and a bunch of stunty types spread out over the lobby looking like TV gangsters when a pretend hood came in through the front door and sprayed everyone with automatic rifle fire.  Squibs went off on guys and some of them fell down with great style.  After a few takes, unbeknownst to all but one on the set, somebody moved a brass stanchion about 6 inches in toward the group of stuntmen.  Could have been anyone, not thinking of the danger of moving something on a “hot set” when a stunt was about to happen.

Bill yelled “action”, the guy came in the door, he sprayed bullets, squibs went off, and the stuntmen dove with alacrity.  It went perfectly except for one thing: because every move is measured out, one guy was not ready for the stanchion being closer than it had been.  He did his fall as he had done it over and over in practice and during several takes.  Sadly, this time his head hit the stanchion hard.  It rang like a bell.  Tony ran to administer first aid to the stuntman who was out cold and bleeding from a head wound.  Which, if you don’t know, bleeds like hell.  An ambulance was there in minutes and they carried the poor fellow off.

In the end the injured stuntman was okay; concussion, few stitches, lotta headaches.  No-one ever owned up to moving the stanchion.  It was an early, and very good, lesson for Mitch.  After few years in film, he came to realize, if you do stunts long enough, you are gonna get hurt, or worse.  It broke my heart when, many years later, World Champion Kickboxer and World Renowned Stunt Performer and Stunt Coordinator Tony Morelli died in a similar circumstance in 2015, just before his 59th birthday.  A huge memorial was held for him at Danny Virtue’s Studio Ranch.  Hundreds of people were there.  He was a much loved guy and Mitch owes him a lot, as do many in the film business.

It May Be True